One Thing at a Time 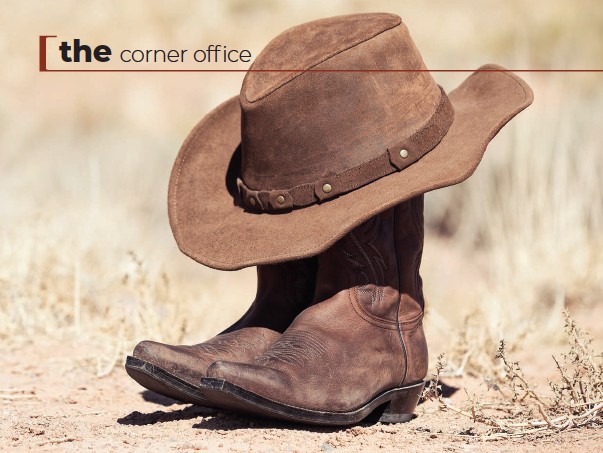 Setting priorities for 2022: one thing at a time .......................... Welcome to the new year! Plans have been made, goals have been set and budgets have been implemented. There’s a good chance you’ve got a lot of big plans for the next 12 months, but are they really achievable? Or do you have a list of ten “must-do” items that are all the biggest priority? While I don’t typically default to Western comedies from the early ‘90s for business advice, there is something to be said for one particular philosophy from 1991’s “City Slickers.” The grizzled old ranch hand, Curly, relays the secret to life — to focus on “one thing. Just one thing.” And if we remove that from the context of a movie about three men on a cattle drive, it’s surprisingly apt business advice. Now, Curly’s point isn’t that only one thing in the entire world matters. The “one thing” is different for every person, and everyone has to decide what that is for them. Because the alternative is that you pick a dozen or so things to be important, making each of them progressively less and less critical as you pile on other things. So, as you're starting 2022, take Curly’s advice and pick one single thing. Now obviously, there are real considerations to take into account here. You can’t abandon everything else, and your plans and budgets have more than likely already been submitted. But you do have the ability to set one particular goal— either for your organization or yourself. So, you can choose to make one thing important. But what does that actually look like? First, think about what you can reasonably expect to accomplish next year. Next, review all your plans for the new year, and then find the one thing that will make the most significant impact if you can do it successfully. There are a lot of different vectors to use in evaluation, but if it ultimately comes down to money, make sure you’re looking at net income rather than gross. Selling a lot of a single product may not be worth it if you’re not making much with each sale, so be sure to pick the one thing that will truly make a difference. Don’t get discouraged if you’re struggling to pick. Instead, get out a legal pad and make a list of what plans you think can actually make an impact in your organization and drive positive change. Then, as you consider each item, record what you're going to need to make that happen in terms of managing time, resources, sales staff, etc. Keep that in the back of your head as you consider which items are worth attention. Once you have that information recorded, start thinking about your personal involvement with each item. Often, driving revenue is all about creating patterns of behavior that produce results. For example, I have a friend in sales whose personal goal is to talk to ten new people every day. And he does it religiously. When we have coffee, he’ll either brag that he has already knocked out his ten for the day or reschedule if he hasn’t hit that goal yet. This is the kind of productive habit you want to work into your plans for the new year. Most lifestyle gurus will tell you that it takes, on average, about three weeks to make or break a habit in your life. And I’d say that's true. On a personal level, things become easier to do and make time for once you’ve done them for several weeks. But the math shifts a bit when you’re looking at implementing changes in an organization. Instead of three weeks, you’ll want to allocate around three months for organizational changes. This is about how long you can expect a new push to be worked into daily practices and become part of the new normal. So, it’s time to break out that legal pad with your notes on it with that in mind. If you couldn’t pick one big thing to focus on before, try to find four things you can give your attention to in 2022. Then, rank them in order of when you think you could reasonably roll them out during the year. That gives you three months for each item—three months to make something top priority, drive a change in behaviors, get customer attention, and gain traction. Take those three months, do your best with them and measure your results. Then let it go, focus on the next item on your list and repeat the process. Check in on the first item occasionally. But don’t let it become a top priority again, or you’ll unseat the next item on your list. Instead, quietly do what you can to support previous initiatives while you move through your list — always with your primary focus on only one thing. When you get to the end of the year, look at what worked and what didn’t. This way, you’ll have a better idea of what your priorities should be in the future. Your time and attention are precious commodities, and this practice can make sure you’re making the most of both as you navigate the new year.