Sacramento Bee launches Equity lab Following a summer of protests against racial injustice, the Sacramento Bee was inspired to launch an Equity Lab, which includes a team of communityfunded journalists focused on serving communities neglected by the mainstream media. According to the Lab’s website (sacbee.com/news/equity-lab), it operates with two pillars: producing accountability journalism that will elevate the stories that most affect the livelihood of residents, while “holding people and institutions accountable for fair practices,” and publishing representative journalism that will focus on community coverage of the “everyday lives, cultures, achievements and concerns of communities underserved by mainstream media and news outlets.” The Lab is led by editor Keiona Williamson. She is joined by Alex Yoon-hendricks, an equity reporter; Marcus Smith, who will cover Sacramento County’s Black communities; Orizo Hajigurban, an engagement reporter; and Jeong Park, an economic mobility reporter. The team has covered issues like why Sacramento’s wealthiest areas are being vaccinated more than those hit the hardest, and the U.C. Davis Medical Center union’s fight for a higher housing stipend. At press time, the Lab is focusing on housing issues, such as affordability and quality of life. According to Williamson, historically, the Bee has not sufficiently covered minority communities in the city. Although it has taken steps like hiring an ethnic and a diversity reporter, ceasing the use of publishing mug shots, and hiring a consultant to help find diversity in its sources, the Lab is the first large-organized effort that the Bee has committed to equity reporting. “I think what happens in media at large is everyone gets comfortable,” Williamson said. “You get comfortable in who your audience is, and you don’t stop to think maybe there is a whole other group of people who we’ve ignored…the summer of reckoning caused a lot of people to sit with themselves and to mediate on how individually they could use their power to make a difference.” The Lab has four major funders: the James Irvine Foundation, The James B. Mcclatchy Foundation, and the Sierra Health Foundation, as well as individual donors. Donations are handled through the Impact Media Fund. Currently, the Lab is funded for three years. The community has also donated generously and welcomed the Lab with open arms, Williamson said. Additionally, she shared that they have invited residents to send in suggestions on stories to cover; so far, they have received more than 100 responses. Williamson said she is measuring the Lab’s success in several ways: “Am I empowering people with the information that they need in order to advocate for themselves? Am I engaging with people in order to uplift them and the stories that they want told? And am I representing enough people to where they feel like they want to support and subscribe to our journalism?” “If they do subscribe to our journalism, are we keeping enough autonomy and power to be able to then take that monetary support and use it to hire more people?” she continued. “And if we are able to hire more people, are we keeping an eye for hiring people whose voices are not represented on this side of media?”—em 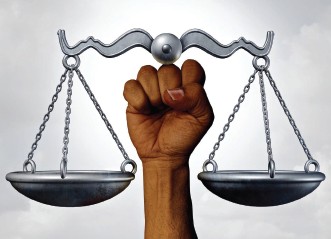