See this month's list of finalists KEVIN JONES Chief operations officer St. Louis American Nominated by Robin Britt, controller The St. Louis American is a free weekly metro-area paper that serves the Black community. During COVID, Kevin has developed special sections such as Diversity, Equity and Inclusion, which garners $200k in revenue and the annual STLAM Community Calendar earning $35k. In 2020, when COVID hit, advertisers were pulling out in masses. Kevin took the helm and began researching grants. His efforts generated over $350k, preventing a reduction in staff and salaries. He renegotiated our contract with the printer, saving $31k in costs per year with added color pages for free. He recreated the workflow for more efficiency and productivity in the newsroom. He worked with the healthcare systems in the area to use our publication to get the information about COVID into the Black community. Kevin’s leadership made 2020 one of our most profitable years. DAN CHAPMAN Operations foreman Star Tribune Nominated by Matt Theiler, director of printing Dan has taken many new challenges in the print operation department's capital projects, managing the newsprint department, special printing jobs, and many new initiatives. JOHN NAPIWOSKI Director of state, alternate products and retail Star Tribune Nominated by Jeff Sebesta, VP of circulation For several years Star Tribune has produced some of the strongest circulation results in the country. The company’s focus on serving subscribers outside its core Minneapolis-st. Paul area and a strong commitment to single-copy sales, the areas that John Napiwoski oversees, are major contributors to that performance. Recently, John had 30 days’ notice to create our own distribution network after a newspaper partner had to cut their “print” days. John and his team interviewed potential distributors, visited the warehouse and utilized software to create new routes for carriers. Shortly after implementing our new network, John teamed up with our marketing folks resulting in print growth of 15% YOY! For this work, I nominate John for this recognition and thank him and his team for their hard work! CHARLIE DRUMMOND Production manager Gloucester-mathews Gazette-journal Nominated by Elsa Verbyla, president and publisher Charlie Drummond joined this newspaper in 1976 upon graduation from high school and helped to assemble the four-unit King Press, which remains at the core of our web press assemblage. He has risen through the ranks and shown proficiency in every aspect of production, leading new generations into the business, and helping them learn the ropes on the web press, job press, digital press, inserting machine, addressing equipment, and delivery. He is an outstanding individual, kind, caring, supportive, and highly competent, and has given his all to this weekly newspaper for the past 45 years. DAVID ORTIZ Press manager Fort Bend Herald Nominated by Scott Willey, press manager David keeps an eye out for news stories. He contacted the editor on Friday night while he was driving home and informed the editor that there had been a copinvolved shooting death in town. The editor was able to arrive at the scene of the shooting within minutes and get a story and photos online and in the following paper. ANDY LAVIGNE Operations director North of Boston Media Group Nominated by Jim Falzone, general manager Andy is a hands-on operations director that came up through the press room and packaging center departments. He is wellrespected by his staff and peers for being an excellent leader and having the mechanical ability to understand fully the complicated equipment used in production. Andy's leadership through this pandemic has been extraordinary. Not only did he navigate the tricky world of Covid disinfecting, new PPE, and social distancing, he was midway through a project to double the size of the packaging center last year. There were some minor pandemic-related delays, but the project was successfully completed in September 2020. At the time, he was the assistant packaging center manager, but his accomplishments earned him a promotion to his current role of operations director. TONY SMITHSON Regional operations director Adams Publishing Group Nominated by Orestes Baez, regional president Tony's evolution to oversee Wisconsin production operations has found efficiencies in throughput, savings in mail programs, and creativity in product creation in partnership with the revenue side. A leader, an innovator, just a solid professional. ROGER STOWELL Production director Idaho Press Nominated by Matt Davison, publisher Roger has run the Idaho Press production department for over a decade. During that time, he has seen it all. He helped onboard the largest customer ever in 2009 and helped recover them from leaving for another printer in 2018. Roger is incredibly knowledgeable about his press and mailroom operations. He knows how to do every single job in the facility and is always willing to step in and help. On crazy busy days, you'll find Roger feeding a pocket alongside his temps or stacking down in the stitch and trim rooms. Roger is a key member of the leadership team and has also filled in as circulation director a few different times. As a publisher, I deeply appreciate that every time we have an issue in production. Roger always alerts me of the issue by sharing his solution to it as well. 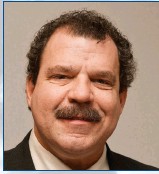 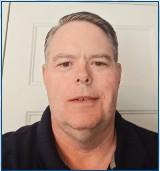 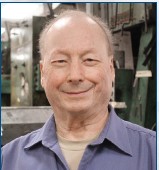 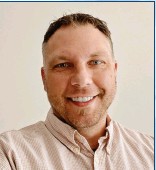 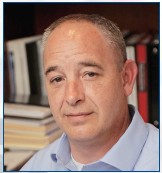 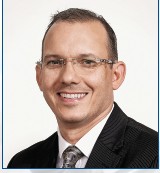 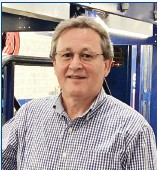 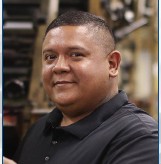