A journalist tool for a challenging time

New Dart Center guide helps journalists report on trauma more precisely Best journalism practices require the correct use of language, especially when reporting on violent crimes, the tragic consequences of natural disasters and chaos on the world’s streets. Many of these incidents can be described as traumatic, but as more of these events fill the news cycle, journalists and editors must describe them accurately. As part of its mission, The Dart Center for Journalism and Trauma, a project of Columbia Journalism School, has addressed this challenge in its new publication, The Dart Center Style Guide for Trauma-informed Journalism. Created with the advice of journalists, health specialists and trauma researchers and compiled by Isobel Thompson, Resources Editor, the guide is a new tool for journalists to report on traumatic incidents and their human consequences precisely. The word trauma itself has slowly become more commonly used as a catch-all noun or verb to refer to normal grief or distress. People may suffer from trauma either physically or psychologically or both, but its proper use is more complex. Trauma, however, is just one of the many terms presented in the style guide. Its extensive list of entries is offered in four categories: Trauma Science and Psychology, Violence and Aftermath, Identity and Community and Social Issues. According to Bruce Shapiro, Executive Director, Dart Center for Journalism and Trauma, the motivation for the guide was the changes in journalism during the last 20 years covering trauma and those affected. “Because of the accumulated popular, loose use of trauma, it was evident to us that many journalists and editors were unaware of actually what it means, so reporting is sometimes both imprecise or not describing accurately the effects of trauma on individuals and communities,” said Shapiro. “I want to emphasize that The Dart Center Style Guide for Trauma-informed Journalism is meant to empower reporters and editors to make informed choices, and we only strongly recommend the rigid use of a few terms and descriptions.” Post-traumatic Stress Disorder (PTSD) is one of the terms requiring precise usage. Often associated with armed forces veterans and firstresponders, PTSD is, according to the guide, “...a psychological injury that results from exposure to an extreme traumatic stressor in which the person experienced or witnessed an event or multiple events that involved actual harm or a threat to the physical integrity of self or others.” According to the guide, individuals caught in a natural disaster or witness brutal crimes may suffer from trauma. Still, unlike many veterans and firstresponders, most of those individuals never experience PTSD and can return to their regular lives unaffected. Shapiro added he was very optimistic about the future of this best journalism practice as he finds there is a young generation of journalists who are already knowledgeable and keenly interested in trauma issues. “The guide is intended to be an educational tool for all journalists to increase their knowledge and interest in this topic as well improving their skills and boosting their professional integrity,” Shapiro added. The Dart Center Style Guide for Trauma-informed Journalism is available at: https://dartcenter.org/ resources/dart-center-style-guidetrauma-informed-journalism — BS 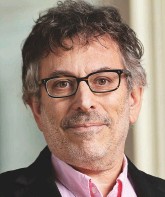