Death knocks: Treating victims of tragedy with sensitivity There are few moments tougher in journalism than having to reach out to friends and relatives caught up in a tragic event. In modern times, it often means messaging people on social media with requests for comments or permission to use their photos and videos in your reporting. But it can also involve cold calls to grieving family members or ringing doorbells in a neighborhood hit by tragedy. Journalists in England morbidly refer to it as a “death knock” and take the practice so seriously that the Independent Press Standards Organisation — which regulates the country’s publishing industry — lays down some important rules and guidelines about the practice. For instance, the code states that when a situation involves personal grief or shock, the approach of reporters “must be made with sympathy and discretion and publication handled sensitively.” Journalists are also instructed not to harass victims — “must not persist in questioning, telephoning, pursuing or photographing individuals once asked to desist.” Recently, an interesting debate about the practice spilled over onto the journalism corners of social media after one news organization decided to do something practically unthinkable during a developing tragedy — skip reaching out to the victims’ families entirely. In mid-august, a 22-year-old crane operator named Jake Davison went on a shooting rampage in the southwest England town of Plymouth, murdering five people with a shotgun — including his 51-year-old mother and a 3-year-old girl — before killing himself. The situation began to unfold just after 6 p.m. local time, and quickly reporters at The Herald’s website — Plymouth Live — were filing reports on the shooting and sharing information from officials. While unverified details and video from the scene flooded social media, reporters at Plymouth Live made the conscious decision not to spread rumors and share videos, forcing them to wait hours to update their story. Under the direction of digital editor Edd Moore, Plymouth Live also made the decision not to feature a picture of Davison. They instead focused the coverage on his victims and why police chose to grant him a firearms license (which is much harder to obtain in England than here in the United States). The newsroom also held off knocking on doors and speaking to grieving residents, choosing instead to let community members reach out to them when they were ready. “We’re local people who live in and around the city, and I’ve never known an incident that has had quite such a profound devastating impact on the city. And quite frankly, it’s just one of those where the residents deserve the space to grieve in our opinion,” Moore told the Press Gazette, a British media trade magazine. “You need time and space to process this,” Plymouth Live crime reporter Carl Eve wrote on Twitter, directed at residents in the community. “If you want to speak to us later, we’ll be here to listen to you.” The mass shooting quickly became national news in a country where events like this are exceedingly rare. As a result, many national news organizations — including the BBC and Reuters — sent reporters to Plymouth to cover the story. They were quickly vilified on social media for not adhering to the same guidelines as Plymouth Live and acting like — well, reporters. Jess Morcom, an engagement producer at Plymouth Live whose cousin was among those killed, wrote on Twitter that “a large number of national ‘journalists’ need to be retrained with how to handle intrusion into grief. Turning up at family homes trying to hound is unforgivable. Appreciate the sensitivity shown by local colleagues.” Morcom’s grief is understandable, and I wasn’t on the ground in Plymouth, so I can neither defend nor condone the action of reporters on the scene. But despite the apparent awkwardness, if done correctly and with the correct amount of empathy, reaching out to friends and family members in the wake of a tragedy is often an effective way of getting the story right. “Knocking doors in the wake of a tragedy… helps to reveal the truth when gossip might be spreading falsehoods and alarm,” Freddie Mayhew, the Press Gazette’s UK editor, wrote in its daily newsletter. “Not contacting people also assumes they do not want to speak. This is not necessarily true. Coming together to talk about an issue, whether intended for publication or not, helps us all to process tragedies.” Of course, less scrupulous reporters can give the rest of us a bad name. After his brother was killed in a 2017 bombing at the Manchester Arena, artist Dan Hett created an online game called “Sorry To Bother You” (danhett.itch.io/sorry) based on his experience inundated with callous and unsympathetic requests from reporters. The way the game works is that users are presented with a series of messages, and the goal is to “like” the ones that seem like they’re from friends and discard the ones coming from journalists (based on the messages he actually received after the bombing). “The fact it becomes unplayable within a few minutes was a conscious choice,” Hett told Buzzfeed. “The game’s not offering a solution; it’s a direct observation from me. And if that’s a starter for 10 for even one journalist to go away and think there must be a better way of doing this, I think that’s important.” Another thing worth noting is that reporters from national news outlets often parachute into a community, cover the breaking news, then depart to focus on the next story. Journalists at Plymouth Live reside in the community, and at least one reporter was related to one of the victims. So they’ll be seeing, covering, and coping with the long-term ramifications of what happened long after the BBC and others move on. “Our readers appreciate the fact that we’ve been as sensitive as we possibly can be in our reporting of this,” Moore told the Press Gazette. “It’s just reinforced to me how important it is to listen to your readers and consider what you would want to read if you were affected yourself.” ■ 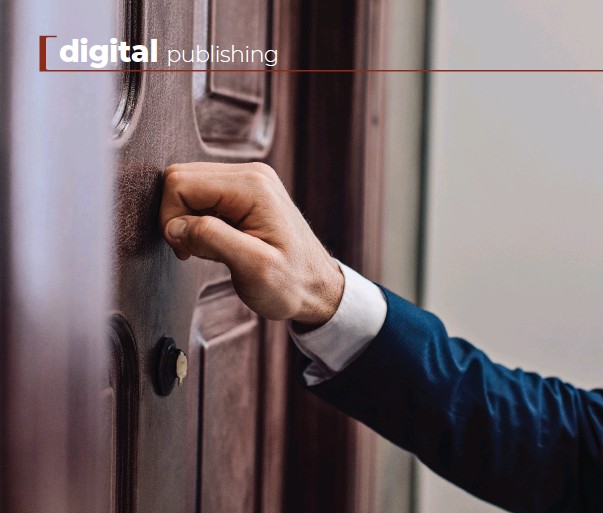