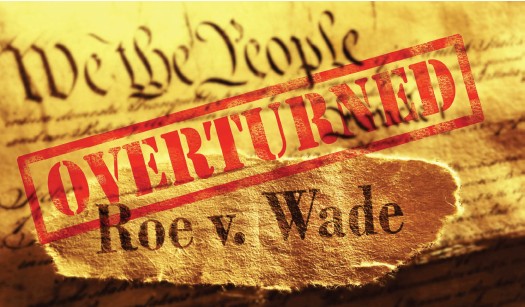 Roe v. Wade reversal will have chilling impacts on DEIA It has been just over two weeks since the Supreme Court published its opinion reversing Roe v. Wade, and the real-world impacts of this decision have been immediate and widespread. But there’s a more insidious impact of this decision that will come to pass over the coming months and years in states that choose to ban abortion: workplace diversity. “Countless women will now make different decisions about careers, education, relationships, and whether to try to become pregnant than they would have when Roe served as a backstop,” Justice Stephen Breyer wrote in his dissent. “Other women will carry pregnancies to term, with all the costs and risk of harm that involves, when they would previously have chosen to obtain an abortion.” And he’s right. In an opinion piece that ran days after the official decision, New York Times opinion columnist Tressie Mcmillan Cottom argued that this ruling would make half of the nation’s population reliant “on the kindness of strangers to do something as basic as work.” “With Dobbs, women cannot assume that we can safely work in Idaho the same way that we can in Oregon or Washington,” she wrote. “I cannot negotiate wages or time off with an employer with the same risk profile as those who cannot become pregnant. “An employer who offers lower pay in a state with abortion care indirectly benefits from women’s inability to take our labor on the open market across the nation,” Mcmillan Cottom continued. “Thanks to a rogue court, women’s lives are now more determined by the accidents of our birth than they were a week ago.” Prior to this ruling, people with the ability to become pregnant were far from equal in the workplace — as evidenced by the wage gap. Now, they must also consider whether they will have access to vital and often lifesaving healthcare. And it truly is lifesaving care. According to new research from the University of Colorado Boulder, a nationwide abortion ban would result in a 24% increase in maternal mortality rate. In 2020, the Centers for Disease Control and Prevention reported 23.8 deaths per 100,000 live births. That figure does not tell the full story, however. For Hispanic people, that number was 18.2 deaths per 100,000 live births. For non-hispanic white people, that number was 19.1 deaths per 100,000 live births. For non-hispanic Black people, the rate was 55.3 deaths per 100,000 live births. Every single one of these rates was an increase from 2019. But what can employers do to continue to attract and support diverse candidates in light of the Supreme Court’s decision? Allow employees to work remotely if they can. If the pandemic has taught us anything, it’s that most jobs can be done from anywhere as long as people have a stable internet connection. Allowing people to work from a location of their choosing if their job allows is one of the best ways to expand your company’s talent pool. Contract with an out-ofstate third-party provider to coordinate abortion access. We’ve seen a lot of companies publicly offering to pay for any employee in need of abortion care to travel out of state to get it. However, people might not want to divulge their personal healthcare information directly to their employer for various reasons. Provide access to mental healthcare for all employees administered by an outside third party. By creating this clear separation, employees will be more empowered to seek the care they need without worrying about sharing their personal information with their employer. The other caveat is to ensure that this program is accessible to everyone, regardless of whether they opt-in to the company’s health insurance plan.